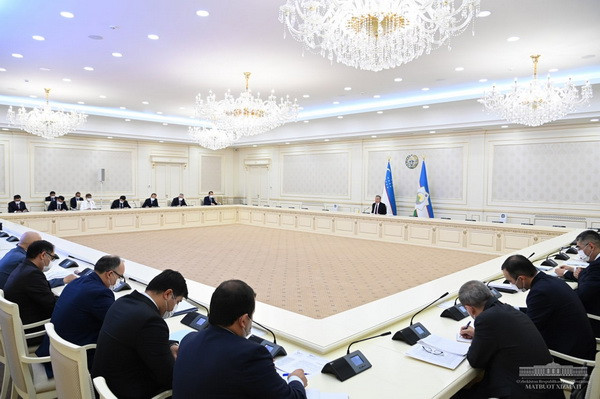 The textile industry has huge potential for exports and employment.

Therefore, at the initiative of the President, the cluster system has been fully implemented in the industry. Over the past three years, more than 23 trillion soums of preferential resources have been allocated to cotton and textile clusters. In addition, they invested almost 7 trillion soums of their own funds.

As a result, about 350 large factories were put into operation. The volume of production compared to 2016 increased 5 times, exports - 4 times, reaching almost 3 billion dollars.

If five years ago only 40 percent of the cotton fiber harvested in the country was processed, today this figure has reached 100 percent.

Processing capacity reached 1.3 million tons. However, 1 million tons of fiber are actually produced. In other words, 300,000 tons are missing. The shortage is expected to increase by another 600,000 tons over the next five years.

The degree of processing of yarn into a finished product is also low - 23 percent. This means US$9 billion in revenue is wasted every year.

Today, 400 thousand people work in the textile industry. If the whole system is properly organized on the basis of a scientific approach and modern technologies, it is possible to increase the number of jobs up to 1 million, it was noted at the meeting.

In this regard, the possibilities of increasing the yield of cotton on the basis of scientifically based seed production and agricultural technologies, doubling the industry’s exports through deep processing of raw materials were discussed.

For this, first of all, stable access to high-quality raw materials is necessary. Cotton varieties with a yield of up to 100 centners, created by our scientists, do not reach cotton growers.

The fact that in recent years day and night temperatures have become equal, new types of pests are spreading, requires the development of varieties that are resistant to these conditions. It is necessary to change the methods of fertilizing cotton, to streamline the use of herbicides and pesticides.

Therefore, the head of state proposed to create a Council for Cotton Growing under the President, headed by the Minister of Innovative Development.

This council will annually determine the breeding and planting of high-yielding and early-ripening varieties by region and cluster, develop a fertilizer application scheme adapted to climate and temperature changes, and regulate the use of herbicides and pesticides. Also, agricultural technologies suitable for each region will be developed to combat insect pests. For these purposes, a scientific center will be created under the council.

The President stressed that each cluster should have seed, soil and biological laboratories, as well as seed preparation workshops.

The issue of water conservation was raised. Over the past two years, drip irrigation has been introduced on 169,000 hectares of cotton fields in the country. But many clusters, especially farmers, face difficulties in implementing this technology, including because of its high cost.

It was noted that if there is free competition in the field and a scientific approach, the cost of introducing drip irrigation can be reduced to 15-20 million soums per hectare. Therefore, the task was set to include all suppliers of water-saving technologies in a special electronic portal, to create a transparent system that would evaluate the cost of water-saving technologies and the quality of services.

It was determined that the legal guarantees for the activities of clusters will be strengthened, in one area it will be possible to organize no more than 2 clusters.

Issues of increasing production and export of finished products were discussed at the meeting. In this regard, it is planned to create separate industrial zones with broad conditions for entrepreneurs. The Ministry of Investment and Foreign Trade was instructed to involve foreign companies and well-known brands in production.

- After the boycott on our cotton was lifted, foreign companies show great interest in cooperation with local enterprises, in our products. If brands are not brought to our regions, it will be difficult for domestic products to compete in the world market, Shavkat Mirziyoyev said.

It was noted that exporters of dyed knitwear and fabrics will be provided with subsidies of up to 10 percent, and separate flights will be launched to supply finished products to foreign brands. Tasks were set to organize the production of the necessary fittings and accessories for brands.

Measures have been identified to further expand the mechanisms for supporting textile enterprises. In particular, the Export Promotion Agency will provide exporting enterprises with resources in the amount of up to $5 million to replenish their working capital. The limit on the area of warehouses abroad, the rental costs of which are subject to compensation, will be increased from 100 to 500 square meters. For these purposes, the said agency will be allocated US$$100 million.

The head of state stressed the need for the transition of textile enterprises to international financial reporting standards.

“This will pave the way for entering the global market, cooperation with foreign brands and attracting direct loans,” the President said.

Measures are also planned for the uninterrupted supply of textile enterprises with raw materials. Recommendations are given on the regular introduction of cotton fiber and yarn to the stock exchange, and the improvement of the system of payments for them.

Special attention was paid to the issue of personnel training. The Institute of Textile and Light Industry and the Uzbek-Korean Textile Technopark will be integrated, and a dual education system will be introduced at the institute from the new academic year.

On the issues discussed at the meeting, the opinions of the Deputy Prime Ministers, responsible persons of the industry, khokims and entrepreneurs were heard. 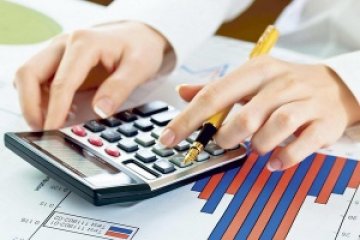 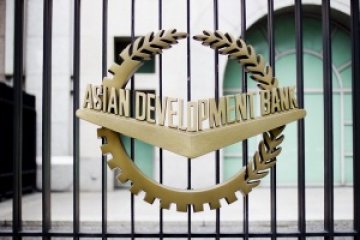