One of the goals of the strategy is to increase the production of electricity, especially from renewable sources, enhancing economic energy efficiency, and assuring the steady functioning of Uzbekistan's energy system in relation to neighboring states' energy systems.

By 2026, power generation should be increased by 40 billion kWh/h, bringing the total to 110 billion kW/h. The share of renewable energy sources should reach 25 per cent, which would save about 3 billion cubic meters of natural gas.

It is planned to increase the energy efficiency of the economy by 20 percent by 2026, and reduce harmful emissions to the atmosphere by 10 percent. It is envisaged that renewable energy sources will be widely introduced and that energy efficiency will be enhanced in the residential and social sectors.

The following indicators of the development of industries have been outlined. In the metallurgical industry, gold and silver production is expected to increase by 26 percent and 42 percent, respectively, and double the production of copper and iron. Production in the chemical and gas chemical industries will increase by 2 billion US dollars by bringing the level of natural gas processing from 8 to 20 percent.

In the area of mineral resource development, a radical increase in the volume of geological exploration is envisaged, including the extensive involvement of private investors and leading foreign companies in this area.

In order to carry out foreign trade and expand transit opportunities, the "green corridors" in the transport sector will be expanded and the volume of transit cargo will increase to 15 million tons. The tourism potential of Uzbekistan is very high, therefore, special attention is paid to its development.

In the field of tourism development in the Strategy there has been set the goal of increasing the number of local tourists by 2026 and bringing the number of foreign tourists to 9 million people as part of the Travel around Uzbekistan program. The number of people employed in tourism is expected to double and reach 520,000.

For realizing this purpose, a barrier-free tourism/accessible tourism infrastructure will be introduced in the main tourist cities of the country, and a state program will be adopted for the efficient use of more than 8,000 cultural heritage sites.

Additional tourism zones will be created in the Zaamin, Farish, Bakhmal regions and the Aidar-Arnasay system of lakes, projects worth 300 million US dollars will be implemented with the creation of 25,000 jobs.

The creation of the tourist center of Samarkand in 2022, which includes the historical complex "Eternal City" and the necessary infrastructure, will make it possible to transform this city into a «Gate of tourism». 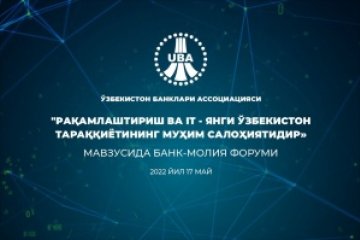 The Association of Banks of Uzbekistan is organizing an IT forum 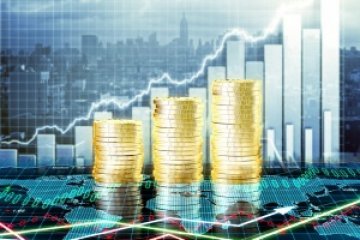