The state of work with people’s appeals discussed

On July 23, President Shavkat Mirziyoyev chaired a videoconference on measures to organize a new system of working with people’s appeals.

President Shavkat Mirziyoyev, assuming the post of President of the Republic of Uzbekistan, noted that the main rule for leaders of all levels should be the principle “it is not the people who should serve government bodies, but vice versa”.
This principle has been identified as a priority direction of state policy. On December 28, 2016, a Presidential Decree was adopted on working with appeals of individuals and legal entities. People's and Virtual Reception Offices of the President of the Republic of Uzbekistan established under this document have formed a system of interaction between state bodies and citizens.
The established practice of holding open dialogues and receptions by managers of all levels gave hope and confidence to people in the possibility of solving problems. The state bodies “went down” and began to work based on the needs and requests of the population.
The analysis of current issues raised in appeals to the People's Reception Offices and during field receptions gave rise to many reforms. Four years ago, an average of 100 thousand requests was received monthly for currency conversion, registration, issuance of pensions and benefits in cash. Thanks to the systematic work to eliminate problems in these spheres, appeals on these themes have completely stopped.
The simplification of the procedure for obtaining Uzbekistan citizenship has also become a solution to problems for about 100 thousand families. As a result of the work to strengthen justice and transparency in the judicial system and investigative bodies, 250 thousand complaints have been resolved. 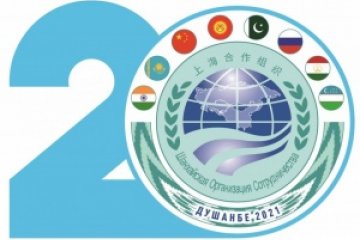 On September 16-17, the President of the Republic of Uzbekistan Shavkat Mirziyoyev will take part in the events of the anniversary summit of the Council of Heads of State of the Shanghai Cooperation Organization, which will be held in the capital of the R 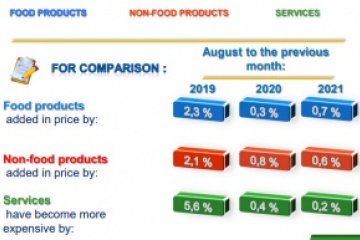 Inflation in the consumer sector of Uzbekistan amounted to 0.5% in August